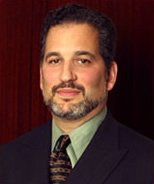 Brian S. Behar manages the firm’s Bankruptcy Department.  He has extensive experience in all aspects of bankruptcy.

Mr. Behar has and continues to represent debtors-in-possession, secured creditors, creditors’ committees, trustees, and unsecured creditors. He is recognized by clients and peers in the legal community for the results he has achieved in assisting them with their asset protection needs.